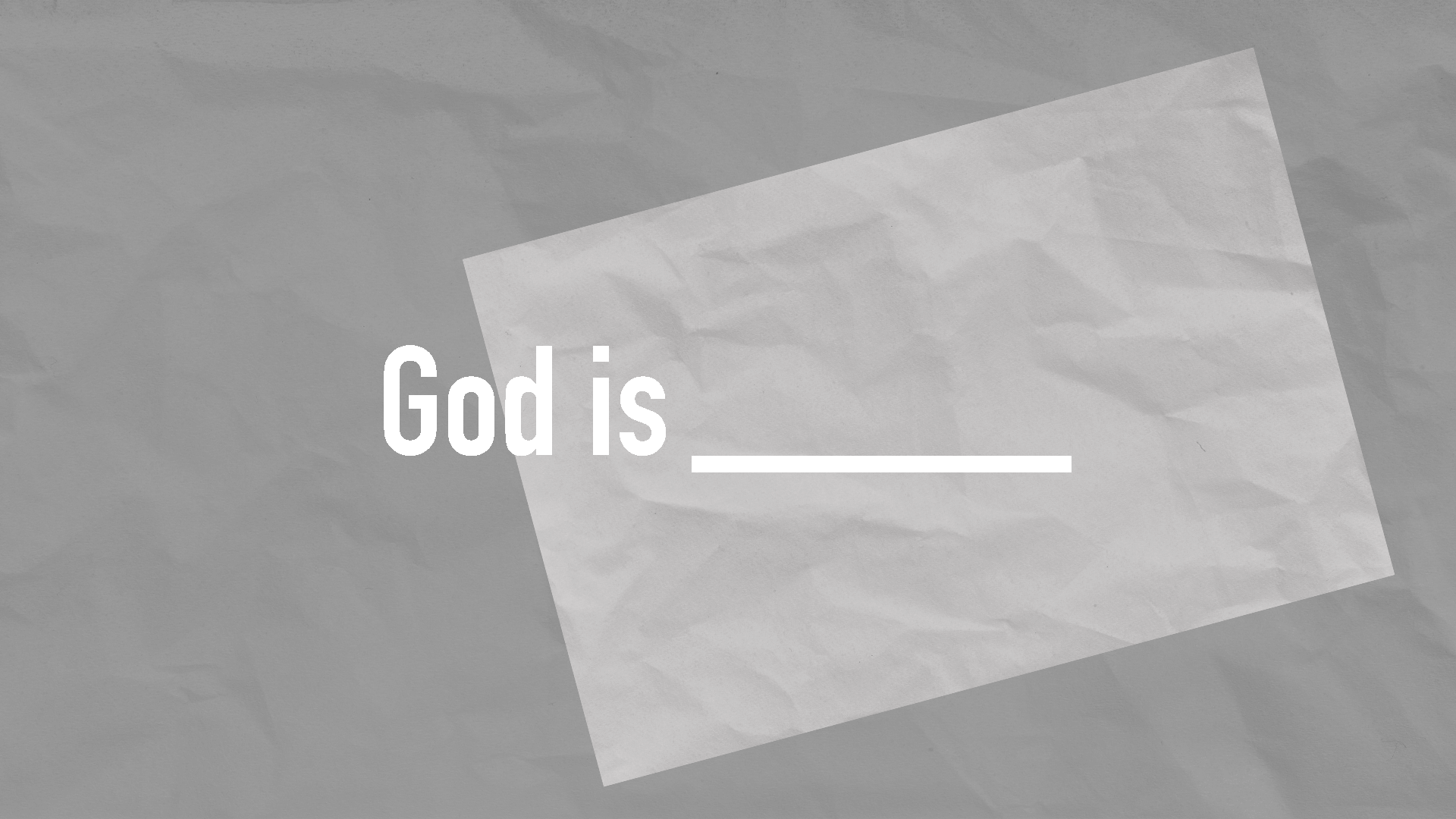 When he had finished praying, Jesus left with his disciples and crossed the Kidron Valley. On the other side there was a garden, and he and his disciples went into it.

Now Judas, who betrayed him, knew the place, because Jesus had often met there with his disciples. So Judas came to the garden, guiding a detachment of soldiers and some officials from the chief priests and the Pharisees. They were carrying torches, lanterns and weapons.

Jesus, knowing all that was going to happen to him, went out and asked them, “Who is it you want?”

“Jesus of Nazareth,” they replied.

“I am he,” Jesus said. (And Judas the traitor was standing there with them.) When Jesus said, “I am he,” they drew back and fell to the ground.

Again he asked them, “Who is it you want?”

“Jesus of Nazareth,” they said.

Jesus answered, “I told you that I am he. If you are looking for me, then let these men go.” This happened so that the words he had spoken would be fulfilled: “I have not lost one of those you gave me.”

Then Simon Peter, who had a sword, drew it and struck the high priest’s servant, cutting off his right ear. (The servant’s name was Malchus.)

Jesus commanded Peter, “Put your sword away! Shall I not drink the cup the Father has given me?”

Then the detachment of soldiers with its commander and the Jewish officials arrested Jesus. They bound him and brought him first to Annas, who was the father-in-law of Caiaphas, the high priest that year. Caiaphas was the one who had advised the Jewish leaders that it would be good if one man died for the people.

“You aren’t one of this man’s disciples too, are you?” she asked Peter.

It was cold, and the servants and officials stood around a fire they had made to keep warm. Peter also was standing with them, warming himself.

Meanwhile, the high priest questioned Jesus about his disciples and his teaching.

“I have spoken openly to the world,” Jesus replied. “I always taught in synagogues or at the temple, where all the Jews come together. I said nothing in secret. Why question me? Ask those who heard me. Surely they know what I said.”

When Jesus said this, one of the officials nearby slapped him in the face. “Is this the way you answer the high priest?” he demanded.

“If I said something wrong,” Jesus replied, “testify as to what is wrong. But if I spoke the truth, why did you strike me?” Then Annas sent him bound to Caiaphas the high priest.

Meanwhile, Simon Peter was still standing there warming himself. So they asked him, “You aren’t one of his disciples too, are you?”

One of the high priest’s servants, a relative of the man whose ear Peter had cut off, challenged him, “Didn’t I see you with him in the garden?” Again Peter denied it, and at that moment a rooster began to crow.

Then the Jewish leaders took Jesus from Caiaphas to the palace of the Roman governor. By now it was early morning, and to avoid ceremonial uncleanness they did not enter the palace, because they wanted to be able to eat the Passover. So Pilate came out to them and asked, “What charges are you bringing against this man?”

“If he were not a criminal,” they replied, “we would not have handed him over to you.”

Pilate said, “Take him yourselves and judge him by your own law.”

“But we have no right to execute anyone,” they objected. This took place to fulfill what Jesus had said about the kind of death he was going to die.

Pilate then went back inside the palace, summoned Jesus and asked him, “Are you the king of the Jews?”

“Is that your own idea,” Jesus asked, “or did others talk to you about me?”

“Am I a Jew?” Pilate replied. “Your own people and chief priests handed you over to me. What is it you have done?”

Jesus said, “My kingdom is not of this world. If it were, my servants would fight to prevent my arrest by the Jewish leaders. But now my kingdom is from another place.”

Jesus answered, “You say that I am a king. In fact, the reason I was born and came into the world is to testify to the truth. Everyone on the side of truth listens to me.”

“What is truth?” retorted Pilate. With this he went out again to the Jews gathered there and said, “I find no basis for a charge against him. But it is your custom for me to release to you one prisoner at the time of the Passover. Do you want me to release ‘the king of the Jews’?”

They shouted back, “No, not him! Give us Barabbas!” Now Barabbas had taken part in an uprising.

Then Pilate took Jesus and had him flogged. The soldiers twisted together a crown of thorns and put it on his head. They clothed him in a purple robe and went up to him again and again, saying, “Hail, king of the Jews!” And they slapped him in the face.

Once more Pilate came out and said to the Jews gathered there, “Look, I am bringing him out to you to let you know that I find no basis for a charge against him.” When Jesus came out wearing the crown of thorns and the purple robe, Pilate said to them, “Here is the man!”

As soon as the chief priests and their officials saw him, they shouted, “Crucify! Crucify!”

But Pilate answered, “You take him and crucify him. As for me, I find no basis for a charge against him.”

The Jewish leaders insisted, “We have a law, and according to that law he must die, because he claimed to be the Son of God.”

When Pilate heard this, he was even more afraid, and he went back inside the palace. “Where do you come from?” he asked Jesus, but Jesus gave him no answer. “Do you refuse to speak to me?” Pilate said. “Don’t you realize I have power either to free you or to crucify you?”

Jesus answered, “You would have no power over me if it were not given to you from above. Therefore the one who handed me over to you is guilty of a greater sin.”

From then on, Pilate tried to set Jesus free, but the Jewish leaders kept shouting, “If you let this man go, you are no friend of Caesar. Anyone who claims to be a king opposes Caesar.”

When Pilate heard this, he brought Jesus out and sat down on the judge’s seat at a place known as the Stone Pavement (which in Aramaic is Gabbatha). It was the day of Preparation of the Passover; it was about noon.

“Here is your king,” Pilate said to the Jews.

“Shall I crucify your king?” Pilate asked.

“We have no king but Caesar,” the chief priests answered.

Finally Pilate handed him over to them to be crucified.

So the soldiers took charge of Jesus. Carrying his own cross, he went out to the place of the Skull (which in Aramaic is called Golgotha). There they crucified him, and with him two others—one on each side and Jesus in the middle.

Pilate had a notice prepared and fastened to the cross. It read: jesus of nazareth, the king of the jews. Many of the Jews read this sign, for the place where Jesus was crucified was near the city, and the sign was written in Aramaic, Latin and Greek. The chief priests of the Jews protested to Pilate, “Do not write ‘The King of the Jews,’ but that this man claimed to be king of the Jews.”

When the soldiers crucified Jesus, they took his clothes, dividing them into four shares, one for each of them, with the undergarment remaining. This garment was seamless, woven in one piece from top to bottom.

“Let’s not tear it,” they said to one another. “Let’s decide by lot who will get it.”

This happened that the scripture might be fulfilled that said,

“They divided my clothes among them
and cast lots for my garment.”

So this is what the soldiers did.

Near the cross of Jesus stood his mother, his mother’s sister, Mary the wife of Clopas, and Mary Magdalene. When Jesus saw his mother there, and the disciple whom he loved standing nearby, he said to her, “Woman, here is your son,” and to the disciple, “Here is your mother.” From that time on, this disciple took her into his home.

Later, knowing that everything had now been finished, and so that Scripture would be fulfilled, Jesus said, “I am thirsty.” A jar of wine vinegar was there, so they soaked a sponge in it, put the sponge on a stalk of the hyssop plant, and lifted it to Jesus’ lips. When he had received the drink, Jesus said, “It is finished.” With that, he bowed his head and gave up his spirit.